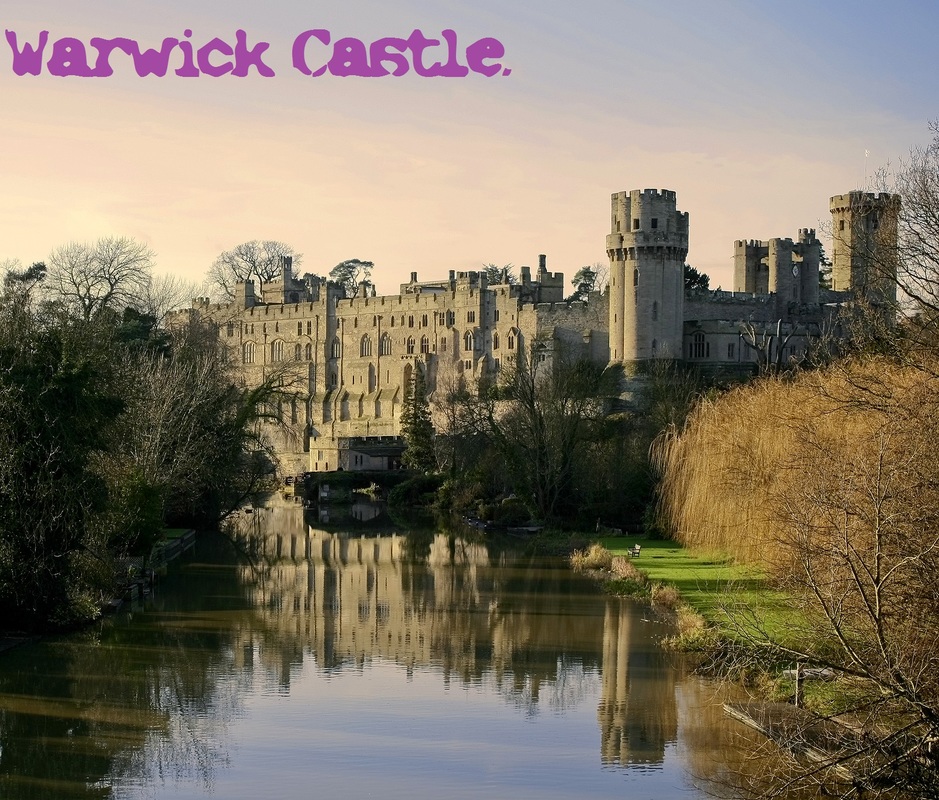 £65 Per Person   (£10 deposit option available, see PAY PAL details at the bottom of the page.)
Warwick Castle passed to the ownership of the Beauchamp family and it was during this period that the castle began to grow into the dominating presence seen today. Warwick Castle passed through the possession of the social elite, witnessing many great figures and moments of English history. There had been 20 Earls of Warwickshire by the time the castle was passed over to the care of a heritage consortium in the 1970's. The castle attracts many thousands of tourists a year and is clearly an impressive building, regardless of its age.
A slavering black dog was said to haunt the grounds of Warwick Castle after a woman named Moll Bloxham was caught stealing from the Earl. The Earl was so outraged that he ordered her to be publicly punished, at whose hands she suffered brutal indignity and torture. An embittered Moll Bloxham announced a curse on the castle. Soon after the disappearance of Bloxham, a black, slavering dog with red eyes began stalking the castle grounds. Attempts to kill the beast were met in failure and hound continued to terrorise the community. The curse was finally broken when the beast was lured from the highest tower into the River below.

Though Warwick Castle has embraced a Halloween aspect of its spiritual community, it is a very haunted building with a dark vein of history running through it.