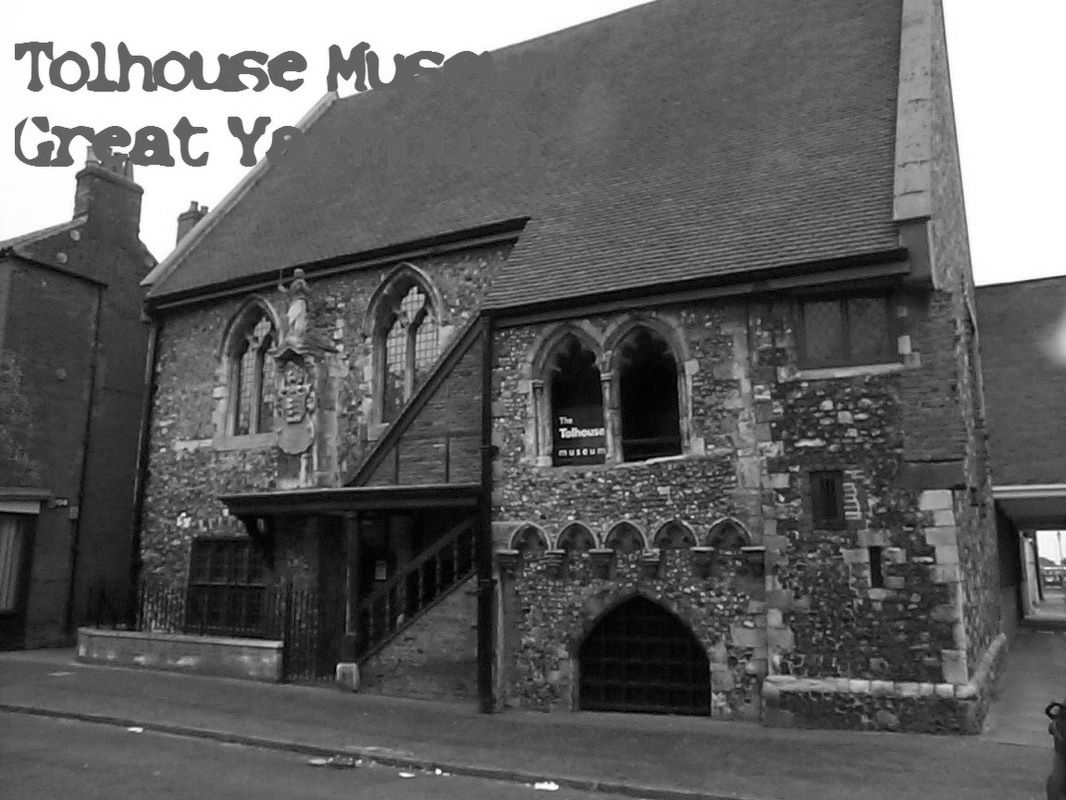 ​£45 Per Person  (£10 deposit option available, see PAY PAL details at the bottom of the page.)
Before long, however, the house passed into the hands of the Yarmouth town officials. So began its long association with the law, as the courtroom for various different types of courts, the town gaol with the notorious dungeon known as ‘the hold’, and a police station.

The Tolhouse would be one of the most likely places to find a ghost according to the museum's visitor services assistant Les Cole.
He said: “The ghost of a lady with her hair in a bun has been seen walking between the Tolhouse and the Library basement.
The Tolhouse prison finally closed in 1878.  It escaped demolition, and was restored as a library and museum. Yarmouth was badly bombed during the second world war, and the Tolhouse was almost destroyed in 1941.  After postwar rebuilding, the current displays were remodelled in 2002.
Ghost hunt East Anglia look forward to a return visit, to see if this building has anymore secrets to give up.
When paying by Pay Pal, please check any conformation emails have not gone to your spam / junk boxes.
Return To Information Page
​© 2014-2017 | All Rights Reserved | Ghost Hunt East Anglia, Brandon, Suffolk.
Ghost Hunt East Anglia visit some of England's most haunted buildings, castles, RAF base's and other locations.
Powered by