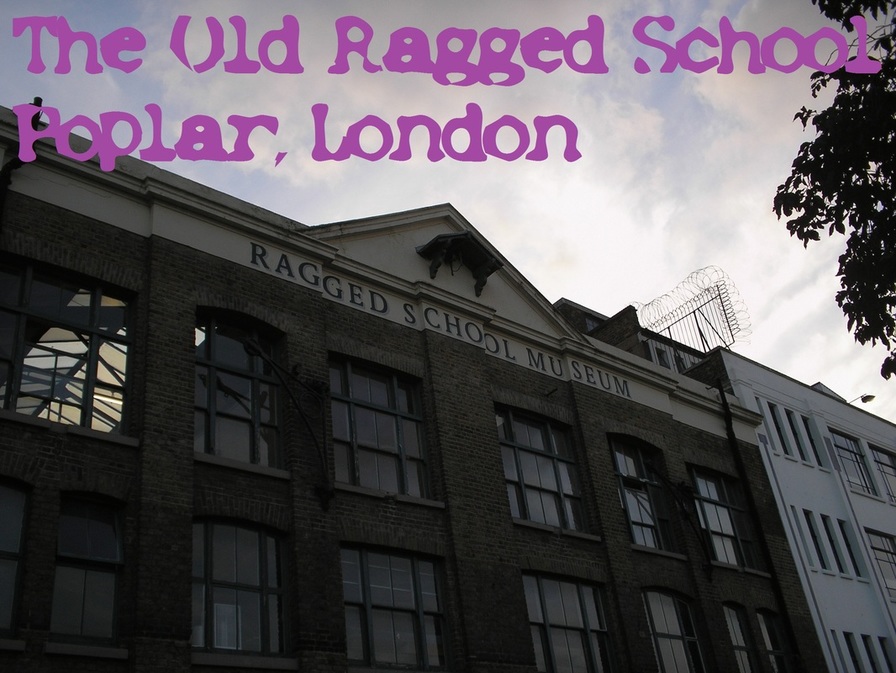 £** Per Person   (£10 deposit option available, see PAY PAL details at the bottom of the page.)

Ghost Hunt East Anglia return to this amazing location on the 9th of April!
On our last visit, shadows were seen, several taps were heard, guests felt what was described as a breeze in the basement (even though it was a still, warm night), and a ball rolled off a table, on it's own (No one was near the ball, and it had been sitting there for about twenty minutes before it moved...).

The Ragged School Museum is housed in a group of three buildings which once formed the largest “ragged” or free school in London.
He gave up his medical training to pursue his local missionary works and in 1867 opened his first “ragged school” where children could gain a free basic education.

The buildings, originally warehouses for goods transported along the Regent’s Canal, then went through a variety of industrial uses until, in the early 1980s, they were threatened with demolition.