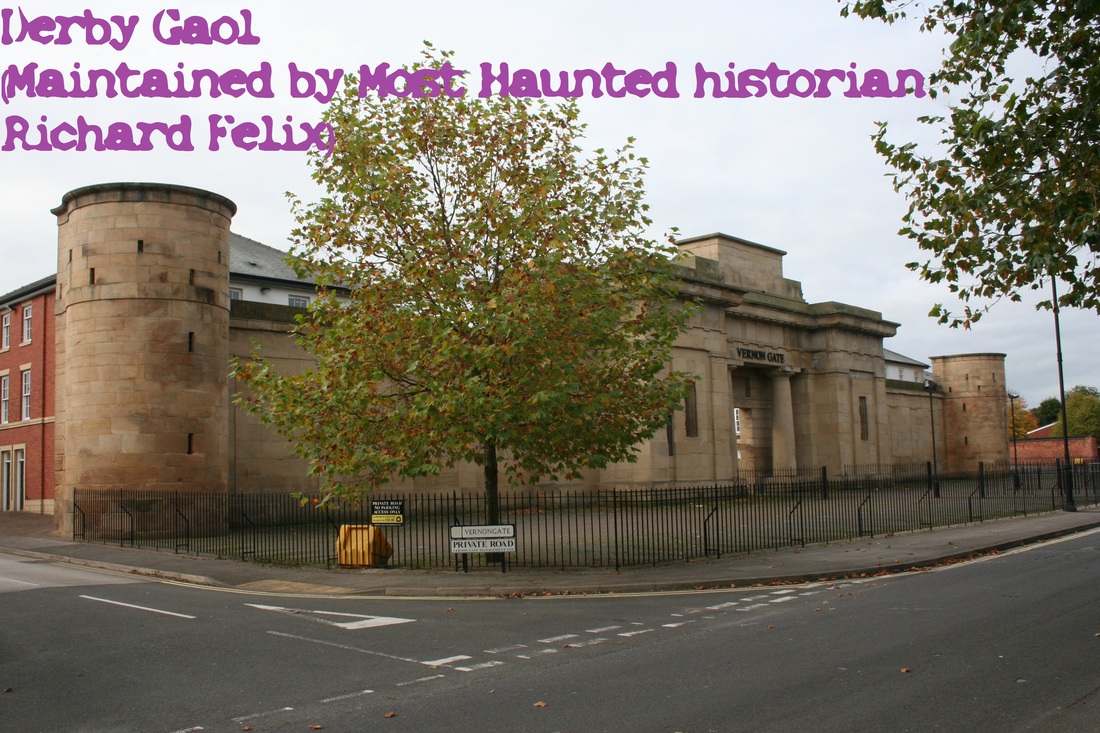 Derby Gaol used to consist five prisons, in the city of Derby. Today, two still exist, the gaol which stood on Friar Gate from 1756 to 1846 and the cells which still exist and are open to the public as as a museum, and the 1843 to 1929 Vernon Street Prison whose impressive frontage can still be seen today.

The Gaol's current owner, former Most Haunted historian, Richard Felix has had several supernatural encounters himself at the Gaol, including this following event: One Friday afternoon in November 3 years ago, Richard was standing in the kitchen of the Gaol talking on the phone, when a figure walked down the corridor past him. The grey haze was in the form a person, which glided down the corridor and vanished at the bottom. The experience shook him up so much that he was unwilling to hang up the phone and brave leaving the Gaol alone. He returned the following year on the anniversary of the sighting at the same time and waited. This time however, he saw nothing.

Another witness to this particular figure, was another contractor called Chris who was also working on the restoration of the Gaol. He sighted the figure while locking up alone one night. The bald figure was also described by him as wearing 'fancy dress' - a leather 'bodywarmer'. The figure walked away, passing through a cigarette machine and vanished through the wall.

Join us, as we see if Derby Gaol will give up it's secrets...